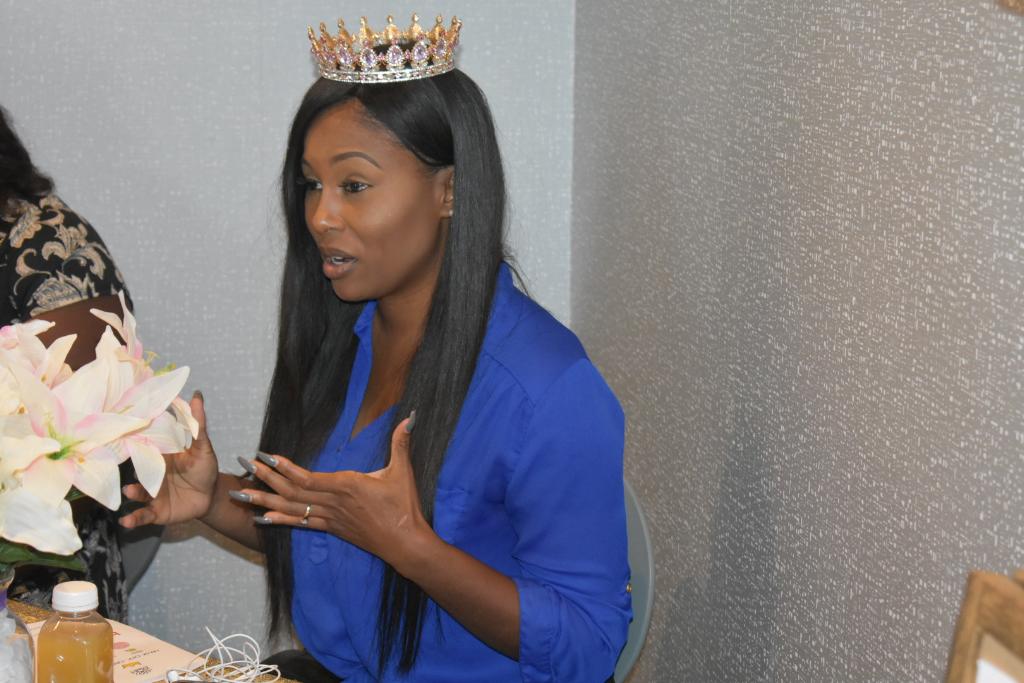 Being a woman and raising daughters in a world where image is almost more valued than one’s own health, is concerning. When you have individuals that will alter their bodies and go out of their way to look a way that society has labeled as beautiful is scary. We as a society have gotten away from self worth and the meaning of respecting and loving yourself. I see people, young and old, doing the unthinkable online for comments and likes. It often leaves me thinking, were they not told that they were beautiful growing up, were they broken so badly that they do not believe that they have worth? or is it that the new trend of society states: Disrespect yourself at all cost to get a reality show or to be famous. I listen to young girls that believe that by degrading themselves through provocative pictures, fighting, and or acting reckless on a video to go viral equates to them having value. I only have to think when I hear people talk down on a stripper or a prostitute, well is it not the same thing with salacious videos and or pictures on social media sites? The only difference between a prostitute and a person on social media is that one is selling sex for money and the other for likes and comments. So I ask the question, what is really the difference? I have learned through life experience, which by the way is the best teacher that you have, to love and value yourself. When you have learned to value and love yourself what other people think and says does not matter. Their opinions are not valid because their thoughts and words are overlooked and replaced by your own perception of how you view yourself. When you are looking through your own window of acceptance and self worth you do not follow the trend but create it. You became the trailblazer where others are following you. I have always taught my kids to be the trendsetters. I watch my son in awe to see how courageous he is and how he is not afraid to live in a box and allow others to dictate who he is based on society standards. He often tells me that we as people create our own rules and at first I would have a rebuttal every time he made that statement until I truly understood the meaning behind what he was saying. At first I would go into mommy mode and tell him “No, in the Mayo residence I make the rules.” In the Mayo residence is my favorite line to my kids because in that house my husband and I are the boss, what we say goes. However, it took the third time for me to grasp and acknowledge what he was saying. What my son was actually saying was you can either live your life by someone else’s standards and or rules or simply create your own. When I sat and analyzed what he was saying those simple words of “I create my own rules” was powerful. I was no longer interpreting what my son was saying as a disrespectful teenager telling me he does not have to listen to me but rather understanding that he is the trendsetter that I have raised him to be. He has understood my words from a young child that he is more than enough, the head and not the tail, the lender and not the borrower. He understands that his value is not based on one’s opinion, not even mine. My daughters are the same exact way just in different ways. Anytime I say I am not going anywhere looking like this I have to get dressed, my 9 year-old instantly says “I thought you do not care about what other people think.” With an eye role and huff in my voice I always respond with “I don’t.” At 9 years old she already has the mindset to not care what others think, but it is because it has been instilled at an early age. So even though the constant repetitions of her words work my last nerve, I can only smile inside and be thankful that my words to my children are not falling on deaf ears.

You are beautiful regardless of what someone else thinks or says, YOU CREATE YOUR OWN DEFINITION OF WHAT BEAUTY IS, become the TRENDSETTER! I remember in high school when a “popular” person would come to school looking a mess and would be praised or followed for creating a new trend. Some would even try to recreate the mess and wear it. That is exactly how we are today, except for we are not in school and the famous is the “popular” kid that everyone wants to imitate. If you are not secure within yourself you will never understand the true meaning of being secure in every aspect of your life. Insecure people often are people pleasers and go with the flow for acceptance and to feel valued and or wanted. Just like laws change so does trends. Years ago having a big rump was viewed as being fat and now everyone is in line trying to buy one. Now what if all that time you were in the gym day and night trying to configure your body to what was considered beauty at that time, crazy right. Trends change and if you are valuing your life based on what is currently in, guess what? You will always be looking for acceptance by conforming to other’s standards and I will bet all the money in the world that you will never be happy. You have already been stamped and approved from your mother’s womb. Stop seeking self-worth through a like, comment, opinions, & society, and LEARN TO VALUE YOU THROUGH YOUR OWN LENS AND CREATE YOUR OWN RULES!